At the beginning of summer, through an Executive Order, President Biden took decisive action to deliver concrete benefits to America’s workers. The Biden administration considers that barriers to competition make it harder for workers to switch to better-paying options. In the Order, President Biden notably encourages the Federal Trade Commission (FTC) to ban or limit non-compete agreements. It appears that such restrictive covenants have become common practice that affect almost 30 to 60 million workers in the United States.

In the European Union, the free movement of workers has been one of the founding principles. Indeed, article 15 of the Charter of Fundamental Rights of the European Union provides that “Everyone has the right to engage in work and to pursue freely chosen or accepted occupation“. Apart from this text, there is no specific European legislation dealing with non-compete obligations to which employees may be subject after the termination of their contract. Each member state is thus dealing with this matter itself, balancing on the one hand the fundamental right to freedom of work of the worker and on the other the legitimate interest of the employer to protect its business.

The French labour Code does not address non-compete clauses so their enforceability in France is governed by case law. In order to be valid and therefore enforceable against employees, the clause must meet several strictly defined cumulative conditions, including the payment of adequate financial compensation. French courts and Employment Tribunals are particularly vigilant in ensuring that these conditions are met, which has tended to increasingly restrict their use to employees with specific profiles and occupying strategic functions.

During the performance of the employment contract, exclusivity is not the rule either. Although employees are subject to a duty of loyalty which does not allow them to compete with their employer, they may carry on any other professional activity in addition to the position held with their employer. The employee can be prohibited or restricted from exercising another professional activity only if the employment contract expressly provides for it and is subject to certain conditions, such as the need to protect the legitimate interests of the employer.

The French Labour Code provides that the operation of an exclusivity clause may be suspended for one year if the employee is leaving to set up a new business, which again demonstrates the trend towards the enhancement of the protection of the fundamental rights of freedom of work and freedom of enterprise. 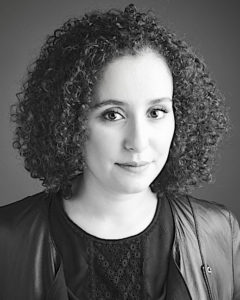