In this, the second of a series of articles (access the first here) on non-Chinese rare earth elements (REE) to permanent magnet supply chains (NCSC), we consider some of the challenges to their creation including geological, geopolitical and ESG considerations.

The links in REE to permanent magnet supply chains

It is important to distinguish between an amount of material in an ore body which is of such a grade or quality that it has reasonable prospects for economic extraction – a “resource”, from one that  is legally and economically available for mining – a “reserve”. Classification requires independent assessment and verification. Investors and financiers attribute a much higher value to reserves. Establishing a resource and then converting it into a reserve is often a time-consuming and expensive exercise.

The first link in a NCSC will be the entity which has title to an area of land containing reserves of REE, has been granted the necessary licences and permits to mine by the applicable government agency and has the financial and technical capacity to efficiently extract ore from those reserves. The possibility of extending the mine life (and so also the life of the NCSC) through the conversion of resources into additional reserves will also be important.

Aside from Greenland, USGS identifies no reserves in either the EU or the UK. The EURARE project was established by the EU to identify potential European REE resources and technologies for their sustainable and economic exploitation. Kvanefjeld and Kringlerne in Greenland and Norra Kärr in Sweden were recognised as the most advanced REE European projects but at the same time EURARE identified “significant roadblocks… in both launching new mining operations as well as in processing the produced REE concentrates within Europe.” Mining and processing of REE involves significant environmental risks and in the developed world, associated political and community controversy (NIMBY or “pas dans mon arrière-cour”) as demonstrated by Greenland’s newly elected government immediately pledging its opposition to the Kvanefjeld mining project.

Lacking a material, reliable and resilient domestic (or even regional) supply of REE, the UK and EU will need to look elsewhere. The EU’s Critical Raw Materials Action Plan released in September 2020 recognised the need to diversify sourcing of CRM (including REE) from third countries which may require the EU to enter into “strategic international partnerships and associated funding”.

However, establishing such partnerships will be a challenge.

After China, the USGS identified Vietnam as having the second largest reserves at 22mmt, with Brazil third at 21mmt, but annual production in each country was just 1,000mt. The majority of the world’s other reserves are held by Russia (12mmt), India (6.9mmt) Australia (2.8mmt) and the USA and Greenland (each with 1.5mmt). In terms of production, the USA is, after China, the second largest producer (38,000mt). Myanmar is the third largest producer (30,000mt) but its reserves are unknown.

The sensitive national security considerations that prompted the UK and the EU to seek to establish their own NCSC (particularly where the end users are defence-related) suggest that both are likely to favour as the mining links in their NCSC, entities (uninfluenced by Chinese interests) in countries with whom they enjoy good and established relations and share much the same outlook and policies (e.g. members of NATO or the “Five Eyes” such as the US, Australia and Canada).

In the US, Mountain Pass in California is one of the richest deposits of rare earth elements in the world. The mine plans to start production of separated REE oxides and carbonates in 2022. Whilst the US is party to several international NCSC initiatives (including with Canada and Australia), it has its own domestic needs. To what extent the US will look beyond those needs in the structure of their NCSC isn’t known; the CRM supply chain reports in response to President Biden’s Executive Order may shed some light on this.

Australia, whose annual production is estimated by USBS at 17,000mt, recently updated its Critical Minerals Prospectus to showcase “significant investment opportunities in hundreds of critical minerals and rare earth elements mining projects”, including Lynas Rare Earths Limited’s Mt Weld Project. Lynas’ Malaysian REE separation plant is the only non-Chinese facility of this type in the world (and will be replaced by an Australia-based facility it is building by 2023). Japan is Lynas’ major customer. Australia has similar commitments to Canada with the US regarding NCSC. The US Defence Department is funding a REE processing facility that Lynas is building in Texas.

According to USGS, whilst Canada has no REE reserves it does have significant REE resources (15mmt). It also has a very substantial mining industry. Canada and the US have agreed to cooperate in the establishment and development of NCSC.

The current very low levels of REE production in Vietnam, Brazil and Russia suggest that their mining and processing capacities are limited. Their future expansion may be directed more toward their own domestic supply chains in the case of Russia and Brazil and China in the case of Vietnam, rather than to the UK and Europe.

China’s REE reach extends far beyond its borders. China’s global infrastructure development strategy adopted in 2013 (The Belt and Road Initiative) may mean that in other countries with REE exploration, mining or processing potential,  China may already have achieved the EU’s objective of entering into “strategic international partnerships and associated funding”. The Belt and Road Initiative has been particularly active in Africa. USGS lists only two African countries with REE production, Madagascar (8,000mt pa) and Burundi (500mt pa); their reserves are unknown. Tanzania’s and South Africa’s reserves are estimated by USGS at 890,000mt and 790,000mt, respectively.

Increased competition for sources of supply of REE for UK and EU NCSC may also be expected from Japan. It was recently reported that the Japanese government is considering lifting the 50% ceiling on government funding for REE exploration projects by the end of this year.

In terms of REE processing facilities, there are very few facilities outside of China; Mountain Pass’ annual REE production is processed in China. The UK is home to the only non-Chinese supplier of NdFeB alloys to the permanent magnet industry in the UK, Europe and the US and in the EU, France and Estonia have some limited processing capacities. Many more will be required to establish NCSCs capable of material production.

Accordingly, there is a very large (and substantially) blank canvas available for the creation of NCSC into both the UK and Europe.

Aside from geological and geopolitical issues, ESG issues may further narrow the market for mining participants in the UK’s and EU’s NCSC, given the environmental effects of mining and processing of REE.

The EU’s CRM Action Plan highlights the need to diversify sourcing of REE from third (ie non-EU) countries which will require “responsible mining practices for CRM through the EU regulatory framework and relevant international cooperation” and “putting sustainability at the centre of international discussions on raw materials”.

In March this year, the EU Parliament announced its intention to legislate to require companies to address ESG standards in supply chains (which will include NCSC) calling for the urgent adoption of a “binding EU law that ensures companies are held accountable and liable when they harm – or contribute to harming – human rights, the environment and good governance.” Companies wanting to access the EU market, including those established outside the EU, will have to prove that they comply with the required ESG due diligence obligations. The scope of the proposed legislation is broad. Its impact on NCSC will be considered further in our next article in this series on the resilience of NCSC.

ESG due diligence applies to all links in a NCSC, starting with the mining company. The mining industry is no stranger to either the ESG requirements of investors and equity and debt providers or of EU regulations such as:

The industry is also familiar with the OECD’s Due Diligence Guidance. These internationally accepted standards provide detailed recommendations to “help companies respect human rights and avoid contributing to conflict through their mineral purchasing decisions and practices” and were designed for use by any company potentially sourcing minerals or metals from conflict-affected and high-risk areas. The Guidance is also used as a reference in the existing regulations mentioned above. This Guidance will certainly be a useful reference point for those with responsibility for the structure of a due diligence programme for a NCSC.

But the EU’s proposed ESG due diligence law marks a substantial increase in the level of detail, transparency, verification, scrutiny and disclosure to which NCSC into the EU will be subject to in the short to medium term. However, the law will establish a level playing field applicable to all REE to permanent magnet supply chains into the EU, including those from China.

The UK is not bound by the EU’s proposed law. A NCSC into the UK will, however, be subject to the ESG requirements of investors and equity and debt providers, and it is highly likely we suggest that these investors and providers will consider the ESG due diligence law as the appropriate standard by which their own requirements should be judged and met. In any event, it may be the case that UK NCSCs may to some extent be cross-border structures and to that extent the EU law may in any event apply to them.

ESG non-compliance may have other legal implications for NCSC, which will need to be addressed in both their structure and management, including:

No doubt, issues of sustainability and ESG compliance will be essential in the development of a legally compliant (in the EU) or investor-friendly (in the UK) NCSC. But of equal importance so will its security and resilience and the affordability of the end-product; in the context of a NCSC, affordability may equate to price-competitive with a Chinese product.

Reliable, competitive and ESG-compliant NCSC into the UK and the EU will be global undertakings requiring international and cross-border cooperation, government backing and the support of global investment and finance markets. The current globalised state of the REE permanent magnet industry may be so entrenched that it may be difficult for supply chains into a UK or the European magnet industry to be completely independent of China.

In the third article in this series, we consider the “resilience” of NCSC. 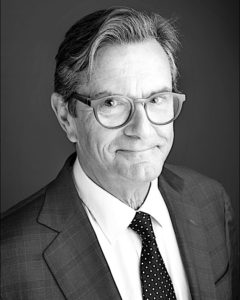 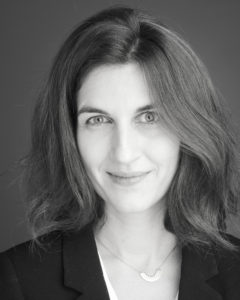